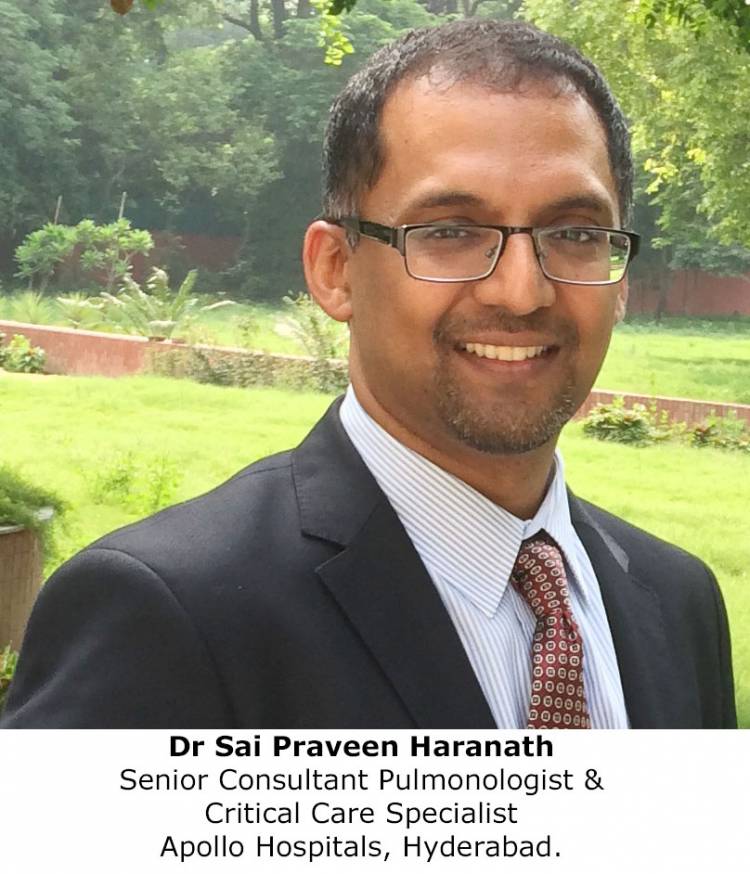 Lung cancer is the most common cancer worldwide with over 1.8 million new cases even in 2012. In India, lung cancer accounts for 5.9% of all cancers and 8.1% of all cancer-related deaths. Almost one in five cancer deaths is from lung cancer as per the WHO. Lung cancer claims more lives yearly than breast, colon and prostate cancers combined.

The Forum of International Respiratory Societies have observed August 1 as World Lung Cancer Day since 2012 and has international support from members such as the International Association for the Study of Lung Cancer (IASLC) and the American College of Chest Physicians(chestnet.org) in the US.

New research, diagnosis, and treatment breakthroughs in the last 10 years have brought new hope to patients and their families. However despite these advances the public is dangerously unaware of many aspects of lung cancer.

Over the last few months as COVID has been the focus many patients have gone undiagnosed or have presented too late for effective treatment. On the other hand because of rampant use of CT scans of the chest many patients have had unexpected diagnoses of lung cancer. In India because of the prevalence of TB and other infections it may be harder to confirm lung cancer without more testing when a CT abnormality is found. Low-dose computed tomography (LDCT) of the chest is an established approach for screening of lung cancer but there is no formal program as in other countries. There is optimism in this approach as early detection through screening may reduce lung cancer deaths by 16% to 20%, compared to standard chest x-rays in adults. Unfortunately only 16% of people are diagnosed early enough to be maximally treatable.

Tobacco in the form of bidis, cigarettes, chewing tobacco, hooka and other forms is a clear cause for lung cancer. As noted in a recent article India is the second largest consumer and third largest producer of tobacco in the world. Almost 29% of India uses tobacco products (42.4% men & 14.2% women), which is  267 million tobacco users ( http://gatsatlas.org) ! If tobacco users in India were a country it would be the   biggest country in the world. The National Tobacco Control Program (http://ntcp.nhp.gov.in) aims to raise awareness on tobacco harm, regulate the tobacco business , enforce Cigarette and other Tobacco Product Act, improve tobacco cessation services, and promote effective implementation of the strategies by the WHO Framework Convention on Tobacco Control. This program is being implemented in 612 districts across the country.

Smoking isn’t the only cause of lung cancer. Other known causes include exposure to secondhand smoke, air pollution, radon, and asbestos. The prevalence of smoking in patients with lung cancer however is nearly 80%.

New approaches to managing lung cancer involve multidisciplinary coordination with oncologists, pulmonologists, radiologists, molecular biologists as well as pathologists who can pinpoint the type of lung cancer and guide the next steps for diagnosis, determining extent of disease and treatment. Most urban centers have reasonable oncology infrastructure, but vast parts of the country have inadequate access.

Biomarker testing in lung cancer has revolutionized specific medication use given the high detection of certain mutations called EGFR or ALK. Some of these medicines are available in generic versions and are available at lower cost and this is one critical reason to ensure all those eligible get tested for the specific mutations. There are other medications which are prohibitively expensive and will also need to have the cost lowered with public and private partnership as well as regulation. There is some movement in this direction with a nationwide Molecular Oncology Diagnostic Services being made available by the government.

India has only half the radiotherapy equipment needed for its size as per WHO recommendations and this is another area to improve. At the same time we have one of the only Proton therapy units in this part of the world. The gap between regions must be bridged and awareness among the public will help with eliminating lung cancer. Of course most of the work is in our hands and society must end tobacco use, do proper analysis of incidence and allocate resources and also assist patients who need help once a diagnosis of lung cancer has been established. There is also a need to enhance palliative care services to relieve pain and suffering when the disease is very advanced.

It is possible to work together to combat complex problems as COVID has shown, In fact there is hope for research into vaccines for cancer using the same mRNA technology that has been used recently for some COVID vaccines. By the time World Lung Cancer Day 2022 comes around we should be back on track with our efforts to identify and combat lung cancer as early as possible.

Rotary Club of Madras East in association with Nippon India presents NShakti,  A...

Amazon Prime members in India gear up for Prime Day 2022...

Jai Aswani founder of "Born to win" has initiated several...

Jai Aswani founder of "Born to win" has initiated several social initiatives. To...