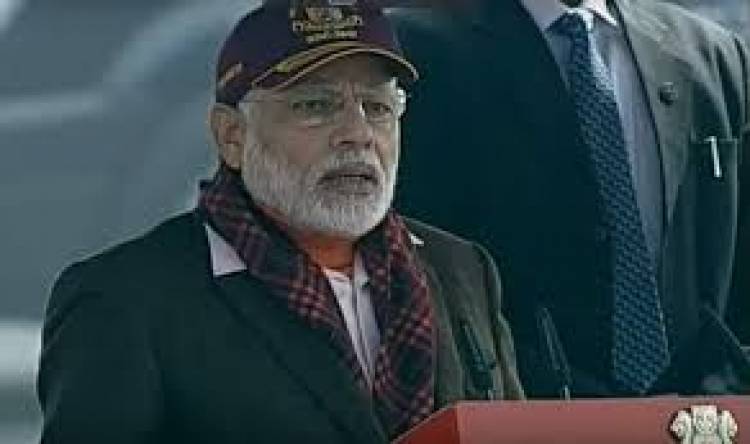 Prime Minister Narendra Modi on Tuesday termed as "historic" thee agreement signed with the NAtional Democratic Front of Bodoland(NDFB)."Many terrorist groups had come up in the North East region,they did not believe in democracy and only believed in violence. Yesterday a historic agreement with all factions of National Democratic Front of Bodoland(NDFB) was signed.A big agreement has been reached regarding the Bodo crisis",Modi said at the National Cadet Corps rally at Cariappa ground in New Delhi.

He further accused the prior governments at the Centre of ignoring the issues of the North-East people for a long period of time.

"For decades, the expectations of the people of the North-East were ignored.Their aspirations,problems were left alone for six decades.Many terror organisations had sprung up in the region in this time with no belief in democracy,they believed violence was the only route to solve their issues",he siad.

"Many security forces and people lost their lives due to these movements.Should we have left them alone?That is not our work-culture",he said.

Earlier yesterday,th government signed a tripartite agreement with representatives of all factions of the banned National Democratic Front of Bodoland(NDFB) at Ministry of Home Affairs(MHA) in New Delhi.

Union Home Minister Amit Shah and AssamChief Minister Sarbananda Sonowal were present during the signing of the agreement which was also attended by representatives of all factions of NDFB.

The Bodo groups have been demanding a separate state a Bodoland for the last 50 years.The movement has resulted in extensive violence ad loss of hundreds of lives over the years.

The agreement,reached after extensive negotiations and discussions with the Bodo groups,is significant as it brings together various stakeholders in the Bodoland movement,including both th armed groups and civil society groups.

OnePlus Builds Retail Base in Tamil Nadu, Partners with Subham Ventures and DSS...

FROM SHANGRI-LA BENGALURU, WITH LOVE

Madras Management Association, with the ......

US President Donald Trump has said that the next 30 days are very vital for America...