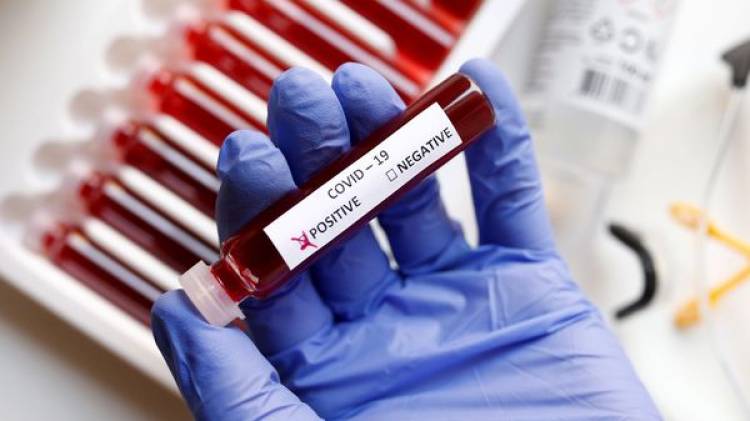 The number of COVID-19 cases climbed to 873 in India on Saturday with the death toll rising to 19, according to the Union Health Ministry.

In its updated figures at 9.30 am, the ministry mentioned two fresh deaths -- one each in Maharashtra and Madhya Pradesh.

Thus, deaths have so far been reported from Maharashtra (5), Gujarat (3), Karnataka (2), Madhya Pradesh (2) and one each from Tamil Nadu, Bihar, Punjab, Delhi, West Bengal, Jammu and Kashmir and Himachal Pradesh.

According to the data, the number of active COVID-19 cases in the country stood at 775, while 78 people were either cured or discharged and one had migrated.

The total number of 873 cases in the country included 47 foreigners, the data stated.

Karnataka has reported 55 cases, while in Telangana, the number of cases has gone up to 48, including 10 foreigners.

The number of cases in Rajasthan has climbed to 48, including two foreigners, while in Gujarat, it has gone up to 45, including one foreign national.

Punjab has reported 38 cases, while 33 COVID-19 cases have so far been detected in Haryana, including 14 foreigners.

The number of cases has increased to 38 in Tamil Nadu, including six foreigners. Madhya Pradesh has recorded 30 cases, Jammu and Kashmir 18, West Bengal 15, Andhra Pradesh 14 and Ladakh has reported 13 COVID-19 cases.

Himachal Pradesh and Odisha have reported three cases each.

Two cases have been reported from the Andaman and Nicobar Islands.

Puducherry, Mizoram and Manipur have reported one case each.

Prime Minister Narendra Modi has announced a nationwide lockdown for 21 days from Tuesday midnight, asserting in an emotional appeal "with folded hands" that unless India's 130 crore people practise social distancing, the country will lose the war against the coronavirus and slide back 21 years.

With 1553 fresh cases of corona virus reported in the last 24hrs,the total number...

Choosing the right surgeon improves the life of joint replacement...

Even though most of the surgeries performed are a great relief .....