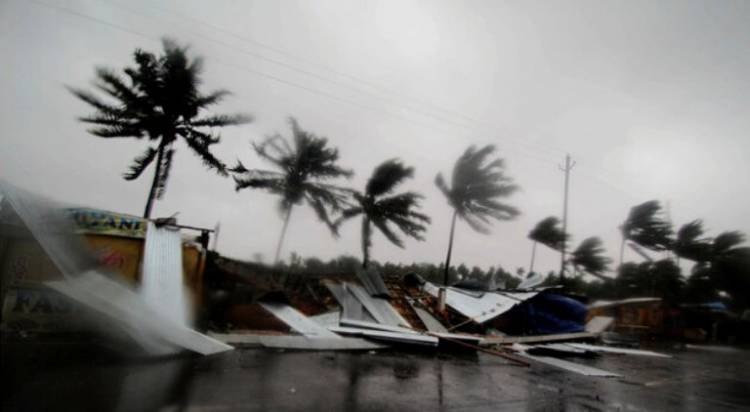 BHUBANESWAR: The impact of the category 4 severe cyclonic storm Fani's landfall has started on the Odisha coast with wind velocity of 150 to 175 kmph and at a few places even higher, said the Indian Meteorological Department (IMD) on Friday morning.

It's eye diameter is 28 km now. Half of Fani's eye is in the sea right now, said IMD.

The landfall process is very likely to continue till noon on Friday.

The already rough sea in Puri is turbulant. Evacuation has been carried out till 5 km of the beach area. Even the calm sea in Chandipur is violent, officials said.

It is very likely to move north-northeastwards and cross Odisha Coast between Gopalpur and Chandbali, south of Puri during May 3 forenoon with maximum sustained wind speed of 170-180 kmph gusting to 200 kmph.

Nearly 11 lakh people have been evacuated from the vulnerable areas to safer places in last 24 hours in Odisha. Ganjam and Puri districts have evacuated more than 3 lakh and 1.3 lakh people, respectively.

Although the evacuation were extremely difficult given that people were not ready to leave their house and belongings. Relief workers had a tough time, speaking to news channels several complained.

TVS Motor Company Sales in May 2020

TVS Motor Company resumed its operations in India across all its factories in Hosur,...