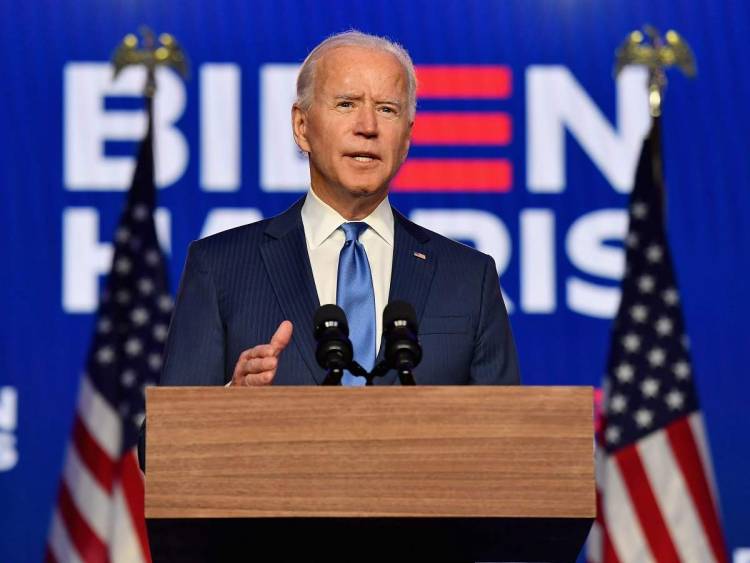 Washington: The wait is over! Democrat Joe Biden has been elected 46th President of the United States of Ameria. He defeated incumbent Republican Donald Trump in the historic campaign by winning 284 electoral college votes.

Earlier on Friday, Biden exuded confidence while addressing the nation and said he was going to win the US presidency as his lead grew over President Trump in Georgia and Pennsylvania, although television networks held off from declaring him the winner as officials continued to count votes.

"The numbers tell us ... it's a clear and convincing story: We're going to win this race," Biden said, adding that he and his running mate Kamala Harris were already meeting with experts as they prepare for the White House.

Trump to address press conference: US President and Republican Donald Trump announced on Twitter that he is going to address a press conference in Philadelphia today.
Twitter warning to 37% of Trump's tweets: The micro-blogging site Twitter has applied warning labels to almost 37 per cent of President Donald Trump's tweets since final polls closed, reports CNN.
'No evidence of fraud': The Federal Election Commission official has said that "there really has been no evidence of fraud" in the election this year.
Biden expands lead in Pennsylvania: Democrat Joe Biden's lead in Pennsylvania continues to grow, and he now has approximately 28,833 more votes than President Trump in the Keystone State.
Guns seen outside vote-counting centres: Some armed protesters gathering outside offices where local workers are counting the votes that will decide who wins the White House.
Biden's lead is growing Georgia: In Georgia, Biden’s lead widens to 7,248 votes; vote count continues. Georgia (16 electoral votes) is traditionally a Republican state and has not been won by a Democrat in a presidential race since 1992. Georgia - (16 electoral votes) Donald Trump: 49.3% - 2,452,825 and Joe Biden: 49.4% - 2,456,845
Segregate late-entry mail-in ballots: In wake of severe pressure from President Trump, while denying immediate halt of counting, the US Supreme Court has asked elections officials in Pennsylvania to segregate and secure all mail-in ballots that arrived after the 8 pm deadline on Election Day (November 3).
Some Republicans condemn Trump's accusations: President Trump's unfounded accusations of fraud in the US presidential election have been condemned by some of his fellow Republicans, but top party figures have maintained their support

INDIA EMERGING AS ONE OF THE FASTEST GROWING MARKETS FOR...

Tokyo, Japan’s busy capital, which is a culmination of the ultramodern and the traditional,...