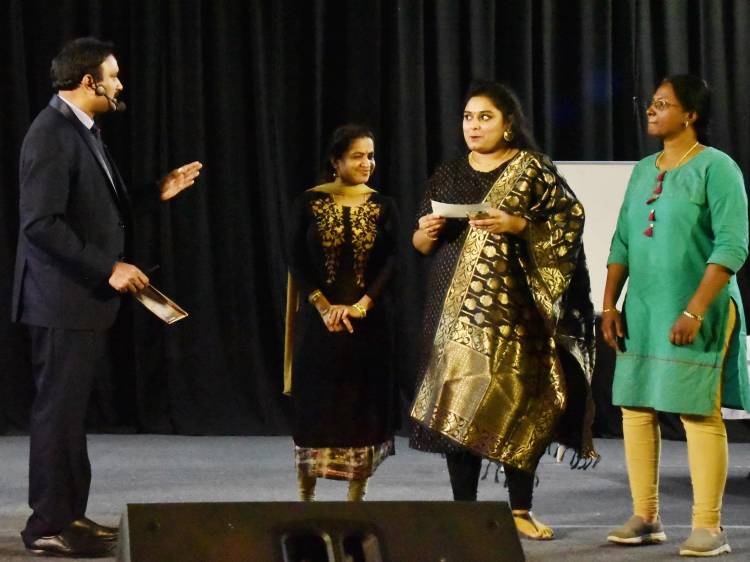 Is it Really possible to Read someone’s mind? Is it possible to control someone’s thoughts and actions the way you want? Through proper practice and intense mediation, to some extent it is possible says Squadron Leader Jayasimha.

Our readers are aware that Squadron Leader Jayasimha is the only Indian with Maximum Guinness World Records in the world and he is also the President of World Memory Sports Council for India. He had been training students and adults on Memory and motivation in India and abroad for the last few years.

Through his research, he found out Mentalism, a new concept which has been in existent for some time in Israel.

Speaking on the occasion Sqn Ldr Jayasimha said, by nature all of us are mind readers, that's possible for us through reading of other person's body language, psychology, voice modulation and through experience and expertise, we can perceive what the other person is thinking and that way we can manipulate that person's thought process. This mind relation has been there for long, even Mahabaratha had this. But in the current day world Israel is practicing it and this is the first time it's being brought to India. People take advantage of psychology and play games with us, be it a politician, salesman and more.

He had demonstrated various feats such as reproducing 100 digit random number by merely looking at it once,

Finding out the rounded off number in various currency notes,

Out of 6 people, with blind folded who has able to say who has the cheque in their hand,

He was able to say what is written in the envelopes,

He could correctly say the name of someone’s childhood friend.

He was able to recall the calendar of 2000 years, for any random date which is the day.

He was able to predict where the audience will ask him to cut the news paper clippings. And many more.

Squadron Leader Jayasimha said that he does not have any supernatural powers but through body language, psychology, voice modulation and behaviour he is able to guess as to what others might be thinking.

His mind tricks have really entertained the audience and he said that he will do further research and practice and come up with more such entertaining shows in the coming days.

CBSE rationalises syllabus by up to 30 pc for classes 9,...

The Central Board of Secondary Education (CBSE) has rationalised the syllabus for...

Bollywood biopic "PM Narendra Modi" will hit the theatres on May 24, after the Lok...

Russia has recorded 6,611 new coronavirus cases in the last 24 hours, which brings...