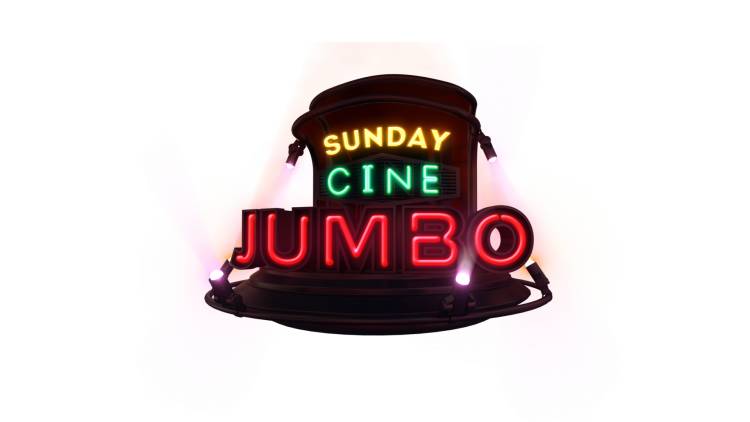 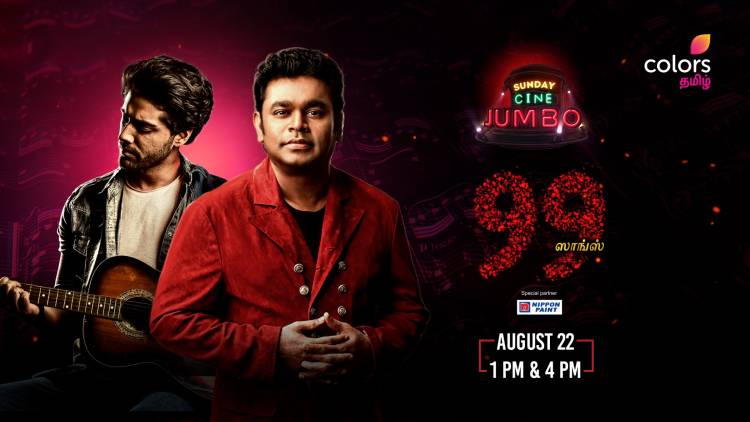 The movie of the month with Nippon Paint as special partner will be aired on Sunday 22nd August 2021, at 1 PM and 4 PM, only on Colors Tamil

Chennai, 18th August 2021: Brace yourselves for a picturesque and breathtaking film as Colors Tamil, the fastest-growing GEC of Tamil Nadu, is all set to bring to your screens the year's most alluring musical saga 99 Songs this Sunday with Nippon Paint as special partner as Movie of the Month. Packed with passion, love, tragedy and ravishing music, the film is the maiden production of AR Rahman under the YM banners and is set to be aired as part of Sunday Cine Jumbo. Tune in to Colors Tamil to watch this epic tale of love and music this Sunday, 22nd August 2021, back to back at 1 PM and 4 PM.

Directed by Vishwesh Krishnamoorthy, the movie stars Ehan Bhat and Edilsy Vargas in the lead roles. Touted to be a story based on art, love and self-discovery, the film features talents across the globe. Dubbed in three languages – Hindi, Tamil and Telugu – the movie boasts of 14 quintessential original compositions in each of these languages. It is also a matter of great pride, being the first Indian film to be released using Dolby Atmos technology.

The film narrates the tale of a tormented yet passionate musician Jay (essayed by Ehan Bhat) who goes on a musical journey after being challenged to write 100 songs before marrying the girl he loves. 99 Songs is a treat for music and film lovers with larger than life visuals and soulful music. To take the excellence quotient a notch higher, the soundtrack of the film was sung by various prominent musicians across the Indian musical realm, including Benny Dayal, Swetha Mohan, Arijit Singh and many more.

Commenting on the premiere, AR Rahman said, “I am extremely thrilled and ecstatic that my film 99 Songs is all set to air on television with a popular channel like Colors Tamil. Since it is my first film under the YM banners, I am excited to know how the audience would enjoy the cinematic experience. Writing for 99 Songs has helped me push my boundaries as a musician and, I hope people are able to resonate with my score, besides enjoying the film.”

Tune in to Colors Tamil, this Sunday 22nd August 2021 at 1 PM and 4 PM to know if Jay is able to reunite with the love of his life, while also enjoying AR Rahman’s soul-soothing background scores. Colors Tamil is available on all leading cable networks and DTH platforms – Sun Direct (CH NO 128), Tata Sky (CHN NO 1515), Airtel (CHN NO 763), Dish TV (CHN NO 1808) and Videocon D2H (CHN NO553). Viewers can also tune in to VOOT any time to see them at their convenience.

About COLORS Tamil: Launched in February 2018, COLORS Tamil is the youngest general entertainment channel from the stable of Viacom18 that thrives to entertain the Tamil speaking viewers around the globe through distinctive and powerful stories that inspire and celebrate women and their families. Positioned as Idhu Namma OruColoru (the colors of our motherland), COLORS Tamil focuses on storytelling that matches the rich heritage of the Tamil Nadu culture with qualitative and innovative programming. Some of our flagship shows are Velunachi, Arya’s Enga Veetu Mapillai, Dance Vs Dance, COLORS Comedy Nights, Singing Stars, Oviya,Vandhal Sridevi, Perazhagi, Thirumanam, Thari, Malar, Kalla Petti, Kodeeswari,Uyire, Amman, Idhayathai Thirudathey, MangalyaSandhosham& Colors Kitchen amongst others.

About Viacom18: Viacom18 Media Pvt. Ltd. is one of India’s fastest growing entertainment networks and a house of iconic brands that offers multi-platform, multi-generational and multicultural brand experiences. A joint venture of Network18, which owns 51%, and ViacomCBS, with a 49% stake,Viacom18 defines entertainment in India by touching the lives of people through its properties onair, online, on ground, in shop and through cinema.

The Board of Directors of Kaveri Seeds Company ........

JSPL to divest its coal fired power business to reduce...