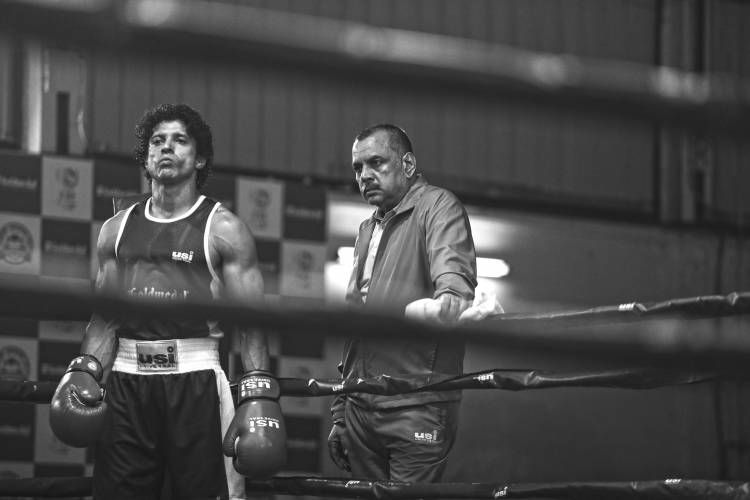 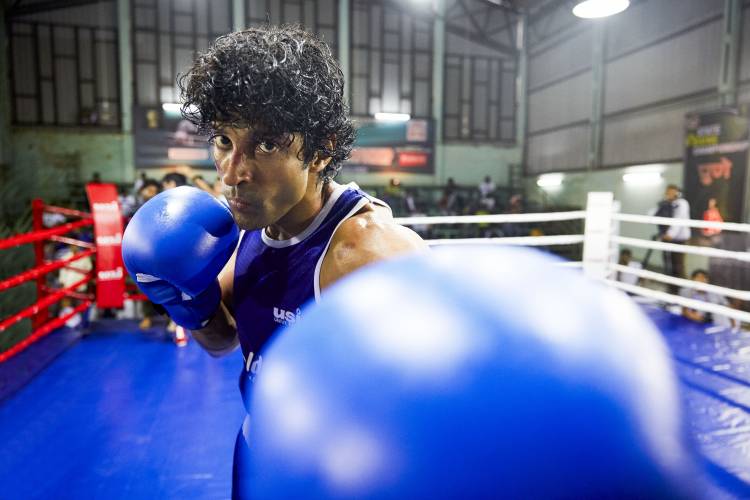 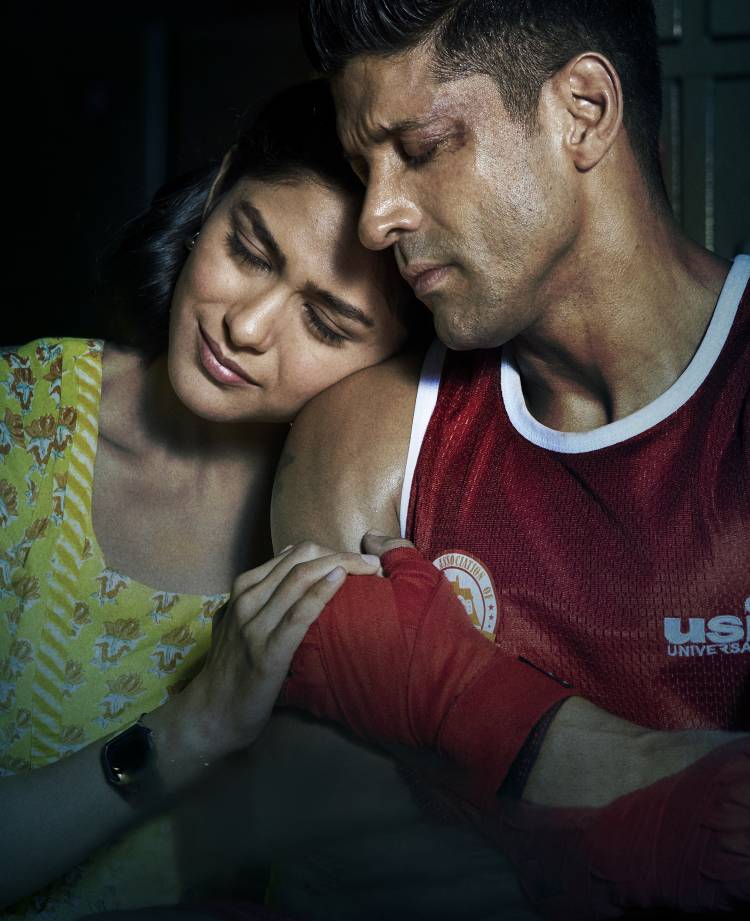 Ahead the world premiere of Toofaan on Amazon Prime Video, the Team of Toofaan have a special interaction with local media

Prime members in India and across 240 countries and territories can stream Toofaan exclusively on Amazon Prime Video starting July 16, 2021

Chennai, July 12, 2021: Ahead of the launch of Toofaan on Amazon Prime Video, the toofaani team - Farhan Akhtar, Mrunal Thakur and Rakeysh Omprakash Mehra - today visited the cultural capital of India, Chennai,via a unique virtual city tour. The first of its kind virtual tour which covers multiple cities across India, will see the team interact with media, fans and local heroes from various states. Media was also treated to an exclusive sneak peek into the making of the film, adding to the anticipation and excitement.

Lead actor and co-producer Farhan Akhtar, excited about his virtual city visits for Toofaan, says, “Chennai is the gateway to the culture of South India and like every other city, it is a land of great culture and inspiring stories. It is home to some iconic sports personalities in the country and is making us proud of their contribution. As a producer and actor, I am thrilled to have gotten a chance to interact with the local media in Chennaiand give an insight into the powerful and inspirational story of Toofaan. It is overwhelming to see the love and support this city has continued to give me throughout the years.”Continuing further about his role, he adds, “With Toofaan, I have learnt that no matter how physically strong one is, stepping into the shoes of a boxer is a whole new ball game. While I underwent rigorous training for 8 to 9 hours a day to physically and emotionally prepare for the role, I hold this character and story close to my heart, and hope the audience will too.”

Sharing her excitement about the virtual city visits, lead actress Mrunal Thakur shares, “I echo Farhan’s thoughts that Chennaihas been a great contributor to the sporting universe and it brings me great pleasure to be interacting with people from here. What I love about this city is the sheer diversity it contains. From its people to the cuisine, one can experience a multitude of Indian cuisine from all across India.Some of my best memories from this city are about gorging on some of the lip-smacking dishes like Pongal with Chutney and Sambhar Wada. Every time I visit this city, I make sure to take some time out and try out the sweet and savoury local delicacies. Besides the cuisine, Chennai is also famous for it’s tourist places which are also some of my bucket list destinations.” Adding about her role, she says, “Every man in the ring out there is supported by a woman behind him. My character Ananya plays a catalyst in the entire journey of Ajju Bhai transforming into Aziz. What sets her apart is that this girl is confident, compassionate and liberal. After playing Ananya’s character, I feel as an actor, I have become more decisive, and confident. I am sure that this is one of the roles that every actress in Bollywood would aspire to play. I am glad that I have this opportunity to essay the strong and fierce character of Ananya.”

Director Rakeysh Omprakash Mehra adds, “The crowd in Chennaiis quite welcoming. I absolutely admire the humble and polite nature of people out here. It was amazing to interact with the local media, and I would like to truly thank them from the bottom of my heart for all the love and support they have showered all these years. I am hoping they continue to shower their love and blessings for Toofaan as well.” He adds, “Toofaan’s story at its core is about all the challenges one goes through and how one should never give up. It is a wholesome entertainer that is thrilling, thought provoking and motivating. So, mark your calendars and get ready with your bucket of popcorn to enjoy this entertaining film.”

Toofaan will also be the first film to simultaneously premiere on Amazon Prime Video in Hindi and English starting July 16, 2021 across 240 countries and territories.

Under forced circumstances, an orphan boy born from the streets of Dongri, grows up to be a local goon. His life changes when he meets a bright and a compassionate young woman named Ananya who guides him to take the right path. With love and guidance, he finds his calling in sports and takes up the journey into becoming a world class Boxer. This is an inspiring story. Even the poor and marginalized, beaten by life circumstances, can become the heroes of the nation by giving up the other part of life and adopting the right path. Toofaan is set in Bombay. The city of Bombay is like the third character of the film. Bombay is Megapolis and one of the greater cities in India. It is a true cosmopolitan city and a melting pot for various cultures and religions. Mumbai runs on the spirit of Mumbaikars. This “spirit” is indeed Mumbai’s proudest possession which we also see in our film through our characters.

Prime Video is a premium streaming service that offers Prime members a collection of award winning Amazon Original series, thousands of movies and TV shows—all with the ease of finding what they love to watch in one place. Find out more at PrimeVideo.com.

Excel Entertainment's oeuvre comprises of a string of box-office hits like DilChahta Hai, Don, Zindagi Na MilegiDobara, Talaash&Fukrey. Alongside these blockbusters, Excel has also launched avant-garde ventures like Gully Boy, India’s first hip hop film and the official entry to the Academy Awards this year and Inside Edge, India’s first original series on Amazon Prime Video that was nominated for the coveted International Emmy Awards under the Best Drama category in 2018. In addition to commercially successful cinema, Excel has consistently garnered critical acclaim, Rock On being one such accomplishment that won the production house its second National Award in 2008.

Since its inception in 2004, Rakeysh Omprakash Mehra Pictures (ROMP) has strived to create films that prize quality content above everything else. We tell stories that connect every viewer on an instinctive level through exploring the intricate web of emotions that form the human experience. Under ROMP’s banner, its films, Rang De Basanti, Bhaag Milkha Bhaag and Delhi-6 have gone on to win critical, national and international acclaim for the socially impactful stories they tell. Our main aim at ROMP Pictures is putting out work that is reflective of the evolving culture and at the same time retain the timelessness of a story.

Kickstart your New Year with healthy and colorful Veggie...

Healthy eating habits are a resolution everyone is taking this year,  with ........