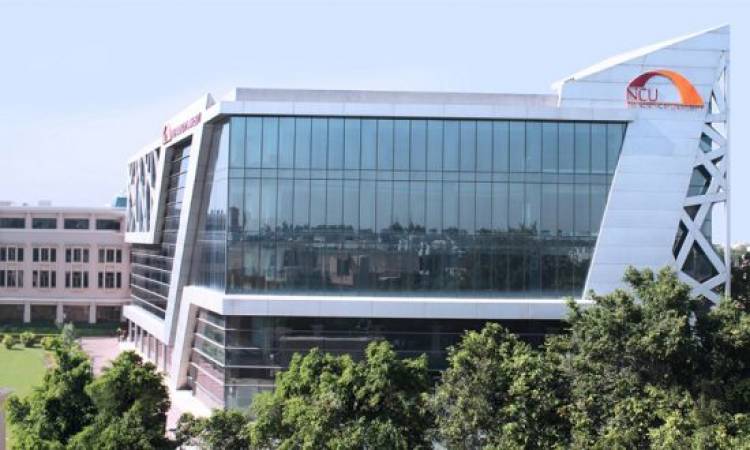 The NorthCap University enters the list of India’s top 10 elite universities with an overall rating of QS 4 Stars.

Gurugram, India – July 05, 2021: The NorthCap University (NCU), Gurugram joins an elite group of Indian universities by scoring an overall rating of 4 stars in the prestigious Quacquarelli Symonds (QS) Stars Ratings. Less than ten universities in India have this distinction.

According to the rating assessment report, NCU has achieved a perfect score of 5 stars in Teaching, Employability, Academic Development, Online Learning, and Inclusiveness. The ratings validate NCU’s exceptional teaching standards, overall academic excellence, and focus on student success which will be complemented by NCU’s recent alliance with Arizona State University and Cintana Education.

NCU is excited to receive this recognition as the QS Star Rating System is one of the most widely accepted evaluation systems for universities worldwide. NCU’s achievement speaks volumes about its dedication to achieving global academic excellence.

Speaking about the university’s remarkable achievement, Dr. Milind Padalkar, Pro Chancellor, The NorthCap University, said, “We are delighted about this achievement which validates our approach for our offerings and also strengthens our belief that the university is progressively moving in the right direction to add value to our student’s academic and professional development. With a legacy of 25 years in providing quality higher education, we want to reiterate to our stakeholders that NCU will continue to provide the best educational experience and strive to ensure student success of highest standards. Further, the QS ratings re-affirms that we are on the right path to be the Top Ranked Innovation-Focused Private University in North India by 2026.”

Sharing his comments over the QS rating, Dr Ashwin Fernandes, Regional Director, QS – MEA & South Asia, said, “We would like to congratulate NCU for achieving this high rating in their first assessment and hope that with its progressive vision, NCU will continue to maintain its superior academic standards. At QS, we believe in quantifying higher education institutions’ performance and growth via industry intelligence and analytics services for students to make an informed decision about their career and choice of university. Besides, it is also useful for universities as it helps them attain international brand value. Hence, NCU’s rating proves its merit as one of the leading institutions of India.”

Located in Gurugram, Haryana, The NorthCap University was founded in 1996 to provide access to quality higher education to Indian students. Over the last 25 years, The NCU has transformed into a multi-disciplinary university and a destination of choice, offering degree programs in Engineering, Applied Sciences, Management, Liberal Arts, and Law. It has graduated over 11,000 successful alumni, spread across industry sectors in India and abroad.

The QS Stars™ rating system has been operated by the QS Intelligence Unit, the independent compiler of the QS World University Rankings® since 2004. The system evaluates universities across a wide range of important performance indicators as set against pre-established international standards. By covering a broader range of criteria than any world ranking exercise, QS Stars™ shines a light on both the excellence and the diversity of the rated institution.

The QS is time-honored for its performance indicators and is the most trusted independent source of global intelligence in the higher education sector. It is valued worldwide for its detailed analysis and its commitment to maintaining the integrity and accessibility of its reports. It was first created in 1990 as a student project at the Wharton School to bring out career and education guidelines for international students. QS helps both students in making selections and institutions knowing and bettering their standards in today’s highly competitive global environment.

QS also helps organizations maximize their recruitment strategy. It enables them to fetch the most talented young professionals from some of the most reputable institutions known for their academic richness in over 200 cities across the globe.

The sensational “De DePyaar De” actress, who has made successful debuts in Kannada,...