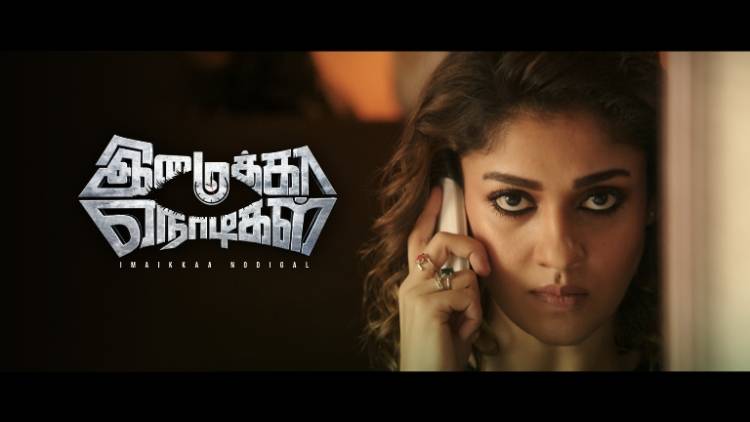 Chennai, 06th May 2019: COLORS Tamil scores once again with the world television premiere of Tamil blockbuster movie Imaikkaa Nodigal. Slated to be aired on May 12 at 4:30 pm, it promises to keep you on the edge of your seat all through the hit movie.

Imaikkaa Nodigal is the mega crime-thriller of 2019, starring Lady Superstar Nayanthara in a pivotal role as Anjali. Directed by R. Ajay Gnanamuthu, the movie has powerful cast including Atharvaa and Anurag Kashyap in the lead roles and Vijay Sethupathy and Raashi Khanna in key supporting roles.

The movie revolves around a tough chase by CBI officer Anjali (Nayanthara) to nab a psycho-killer (Anurag) who is disrupting the peace in Bangalore city. Living up to the title role, Nayanthara shines with her acting prowess, bringing out all the shades of the complex character.

Brimming with outstanding performances, the fierce hunt for the murderer also has love, romance and action sequences to sustain the excitement. The director has diligently managed to keep the twists and turns unpredictable and engages suspense till the final moment.

The perfect blend of musical tracks composed by Hiphop Tamizha and exceptional camera work by Cinematographer RD Rajasekhar aids in enhancing the thrill factor, making the movie an appealing watch.

What is yesteryear actor Urvashi doing with Thirumanam couple?

Nitish Kalia bids adieu to the corporate world, says the world of anchoring has...