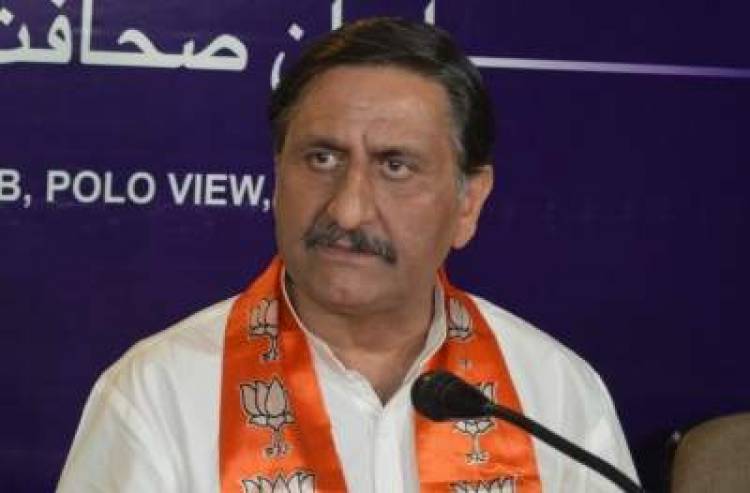 BJP cautions separatists not to hoodwink Kashmiri Pandits
Srinagar, July 12 Ashwani Kumar Chrungoo, Bharatiya Janata Party (BJP) state spokesman on Kashmir affairs on Friday said that Kashmiri Pandits did not need anybody''s certificate on their commitment to the nation.
"Kashmiri Pandits do not need anybody''s certificate on their commitment to nation. Kashmir was, is and will always be an integral part of India. Any attempt by the Hurriyat to hoodwink a few Kashmiri Pandits suggests that they are desperate and trying to play a double game," he said.
Chrungoo warned Hurriyat leaders to "keep their hands off Kashmiri Pandits" and asked the latter to remain united.
Claiming that some headlines like "We want Kashmiri Pandits to be part of our voice" were seemingly finding space in the media for some days, the BJP leader said: "It becomes important to clarify that the NIA investigations have exposed the real face of the separatist elements in Kashmir."
"These elements are cautioned not to dream of any kind of bonhomie with the Kashmiri Pandit community in context with the so-called voice of Kashmir," Chungroo asserted.
He said the primary objective of the BJP in Kashmir was peace, but the establishment of peace was incidental to elimination of terrorism.
"The spree of death and destruction has to end at all costs. Cross-border terrorism has to come to an end. Pakistan needs to mend its ways and requires to be seen, at a global level, as a state seriously involved in finishing terrorism.
"It will also have to come up to its promise that it will not allow its land and the land under its control to be used against India.
"India has a consistent policy regarding terrorism, and terror and talks cannot go together.
"Zero tolerance against terror and corruption is the guiding principle of governance of the Modi government," he said.
--

Staying calm is the mantra for success, feels Archer