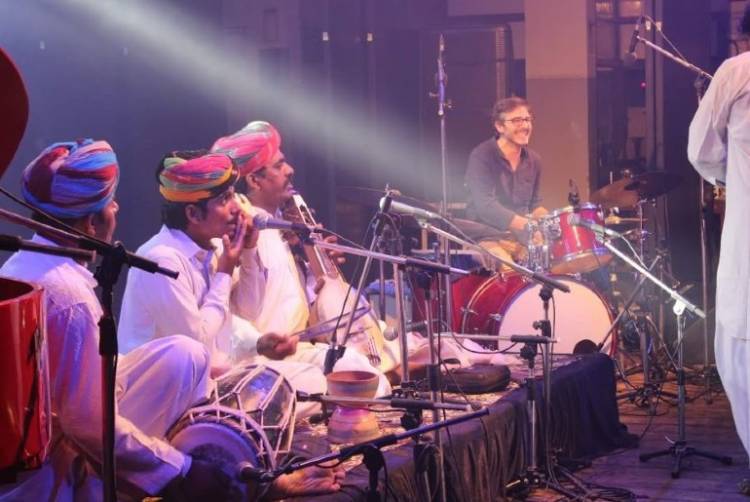 Cancer Awareness, Prevention and Early Detection Trust aka CAPED  India, as the name suggests is an organisation working towards the cause of cervical cancer awareness since 2014. On account of Cervical Cancer Awareness Month i.e., January, CAPED becomes the partner for the cause with Atrangi Factory for a musical event sponsored by Coke Studio in order to create mass awareness of the said disease. Coke Studio, being an international music franchise, helps the Trust to reach out to a vast audience and to attain more attention on women-related Cancer.

The event Coke Studio – Chapter 1 showcased Vedic Metal Band “RUDRA” creating fusion by chanting mantras from the Vedas, Adnan Ahmed , a popular singer from The Voice India and The Divine Roots of Rajasthan, honored by Padmashree Sri Sakar Khan Hamira added the rustic touch of rural music and transposed the audience to a world beyond imagination. It was held in Open Air Theatre, Rang Bhoomi, Gurgaon.

CAPED India is also scheduling various awareness sessions in schools, colleges and corporate and screening camps in low-income areas of Delhi NCR in this month.

Over the last three years, the estimated number of cases of cervical cancer has witnessed an increase from 99,000 to 1 lakh to 1.01 lakh, as per government statistics. Thus, every 8 minutes 1 Indian woman dies due to cervical cancer.  Data quoted from the National Cancer Registry Program of the Indian Council of Medical Research (ICMR).

Talking about the event and the cause, Ms Mridu Gupta, CEO, CAPED says, “Our collaboration with the Atrangi Factory is mainly to spread awareness and knowledge among women and empower them to take action for their health. CAPED Trust has chosen the cause of women-related cancers with a focus on cervical cancer. The mission is to identify different effective arenas to spread the word. The awareness and screening sessions are aimed to increase our outreach exponentially.”

•CAPED is also associated with research scientists and organizations to evaluate and collate the data collected at ground level so as to form a clearer picture on the gravity of the cervical cancer problem in India. CAPED has a physical presence in Delhi-NCR where they have screened over 10k women in the last three years. They have been able to reach out to over 10M people in terms of creating awareness on cervical cancer.

•In 2018 CAPED launched its Punjab chapter in association with Phulkari CAN and have had a successful year of spreading awareness to schools colleges and organizations in and around Amritsar.

•In 2019 CAPED tied up with National Institute of Cancer Prevention and Research (NICPR) and AIIMS for a Patient Navigation Management Project and honored by NICPR for their work in the field.

Over 10,000 women have been screened for cervical cancer in the last 3 years of this program.

Valentine’s Day is celebrated all over the world as the day of love and affection....