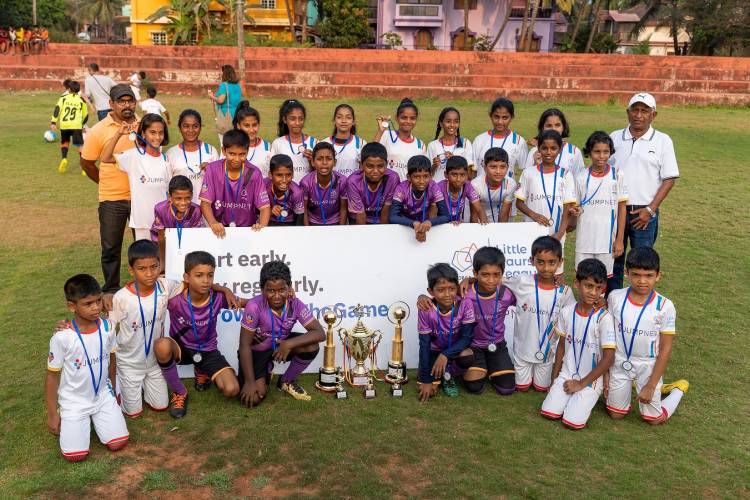 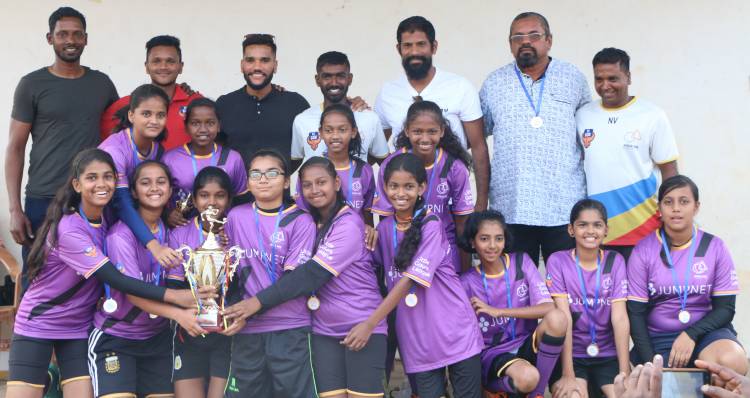 ~The League witnessed over 100 teams participate this season~

Goa’s largest Baby League, the Little Gaurs League recently held its award ceremony, marking the end of a successful season. The awards were handed over to winners and runners up from each category along with individual awards to recognize promising talent, top scorers and best players. The ceremonies took place in all three zones, Sangolda in North Goa; Nagmodem in Navelim, South Goa  and at Mount Litera Zee ground in Vasco.

The Little Gaurs League offers young children the opportunity to regularly play competitive football while also bringing the community together. From 36 teams participating in the 2018-19 season, this year the Foundation saw participation from 110 teams. Games were conducted every Tuesday, Thursday and Saturday for over 3 months to engage in competitive football. The league had 957 registered players and a mammoth 1690 goals scored.

At ceremony held at Sangolda was graced by the presence of Bibiano Fernandes, coach of the U16 Indian national team; Sahil Tavora, former FC Goa and presently with Hyderabad FC; Jonathan Cardozo, FC Goa U18 player; and Denzil Franco, former FC Goa player.

The Foundation’s campaign #GrowWithTheGame urges Goans to make a serious commitment towards playing, learning and enjoying the game of football on a consistent basis. It asks supporters of Goan and Indian football to promote grassroots football i.e. encourage more children to play regularly and empower more individuals who want to contribute to the development of the game - be it coaching, refereeing, volunteering or just cheering!

Two cops sacked from service for sexual assault, A sub-inspector of police and a...

DMK today sought an "immediate" response from the Centre on Tamil Nadu government...

Budget should be investment, consumption-oriented: SBI...

PM Modi to deliver inaugural address at conclave on higher...

Prime Minister Narendra Modi will deliver the inaugural address at the 'Conclave...

Police raided a liquor party and arrested at least 29 NID students from a private...