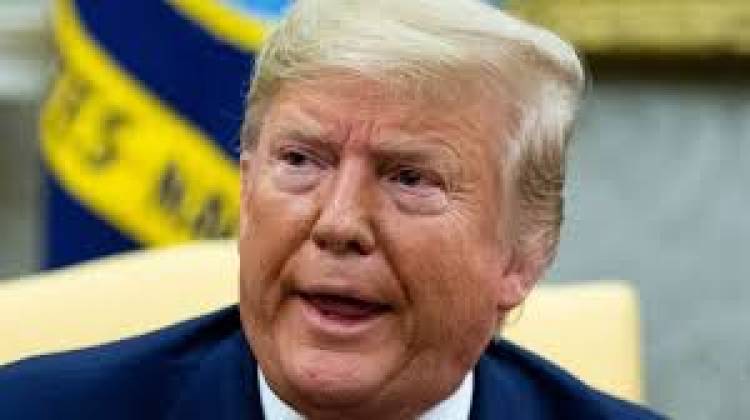 President Donald Trump faces a critical personal challenge in grappling with the new coronavirus outbreak: Asking Americans to believe him after he and some of his top advisers have contradicted federal scientists in playing down the threat.

Keenly aware of the stakes not just for public health but also his credibility, Trump conducted a lengthy press conference Wednesday evening aimed at reassuring everyone that he has the crisis well in hand.

Trump surrounded himself with his administration's top health experts. And he encouraged Americans to be prepared for the virus' potential spread.

But he continued to minimize the risk, saying the outbreak may get a little bigger; it may not get bigger at all. And he continued to distance himself from the stated opinion of public health officials that it's inevitable the virus will spread within the United States.

As businesses, schools and people in general think about preparing, the X-factor may be an unpredictable president who has clashed repeatedly with scientists in his own administration and tends to see any crisis through the lens of his own reelection chances.

I don't think it's inevitable, Trump said at the news conference, where he announced Vice President Mike Pence would lead the administration's response to the outbreak.

I think it has a chance that it could get worse. There is a chance you can get fairly substantially worse. But nothing's inevitable. He also said he had recently learned that thousands die from the flu each year, contrasting that to the coronavirus.

After two days of the stock market tumbling, Trump took to Twitter Wednesday morning to blame the media and Democrats for causing undue alarm and harming American financial markets.

He singled out MSNBC and CNN for doing everything possible to make the Caronavirus look as bad as possible, including panicking markets, if possible, and added that incompetent Do Nothing Democrat comrades are all talk, no action.

He blamed part of this week's stock market slide on people's reaction to Tuesday night's Democratic debate and the possibility one of those candidates might replace him.

And Trump acknowledged that the outbreak could have an impact on GDP but insisted that the US economy is still doing great.

The setting for Trump's evening press conference the White House press briefing room was meant to offer a sense of calm and assurance by the president.

It was only the second time in his presidency that Trump had spoken from the podium in that room, and aides acknowledged he was trying to underscore that he has the situation under control and understands the gravity.

In advance, Trump played down the mortality rate for a pathogen that has been confirmed to have killed 2,700 people globally. His top economic adviser, Larry Kudlow, echoed Trump's outlook, saying Tuesday that the US had contained the threat of a domestic outbreak.

Trump's and Kudlow's comments were at odds with warnings from Centers for Disease Control and Prevention officials who said American communities need to prepare now for when the disease starts spreading domestically. So far, there have been just 60 confirmed cases in the U.S.

The messaging by the White House is unhelpful, said Lawrence Gostin, a professor of global health law at Georgetown University.

What the White House is doing is conveying a sense of overconfidence. ... Of course, we do want to maintain calm with the public, but it flies in the face of facts." Trump's public efforts to project calm masked a behind-the-scenes focus.

During his 36-hour visit to India, Trump received briefings from staff and periodically checked the impact on Wall Street, tweeting at all hours to try to reassure Americans and the markets about the spread of the virus.

Trump expressed deep concern to aides about the effect on the markets, according to White House officials and Republicans close to the West Wing.

Trump has tied his fortunes to Wall Street more closely than any of his recent predecessors and has made a strong economy his No. 1 argument for reelection.

As the media coverage of the virus has increased, Trump has grown concerned that even fears of an outbreak would stagger Wall Street, leading him to wonder aloud if Health and Human Services Secretary Alex Azar was the right person to lead the administration's response, the officials said.

Since the start of the crisis, Trump has been reluctant to blame China, where the virus originated, for fear of upsetting President Xi Jinping or damaging ongoing trade talks.

But he is also fearful he could be accused of being unresponsive to the crisis.

At the urging of a number of his internal and outside advisers, he directed the White House to adopt a more public presence, leading to a briefing by officials and emails to the press stressing the administration's response.

Americans want to see their president taking charge and showing leadership, and that is exactly what President Trump is doing," said Trump campaign spokeswoman Kayleigh McEnany.

Privately, aides said concerns have spiked in recent days inside the Trump reelection campaign. Republicans close to the White House are keenly aware of the political implications of a pandemic scare.

In 2014, the GOP aggressively criticized the Obama administration's handling of the Ebola epidemic, which it later credited with helping the party seize back the majority in the Senate.

The most pressing concern, aides said, is not the possibility of widespread outbreak in the U.S. Trump's aides do believe existing monitoring and restrictions are working but the downstream effects of the virus on the global economy and public sentiment.

Combating COVID-19: PM Modi to address the nation at 8pm

In his previous address to the nation on thursday,the Prime Minister had urged people...