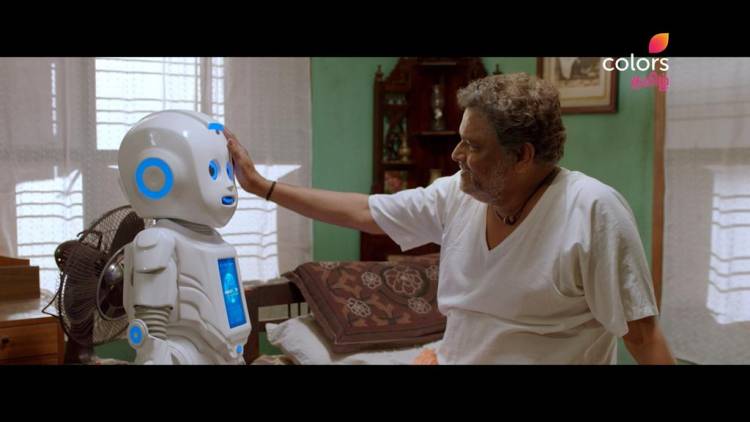 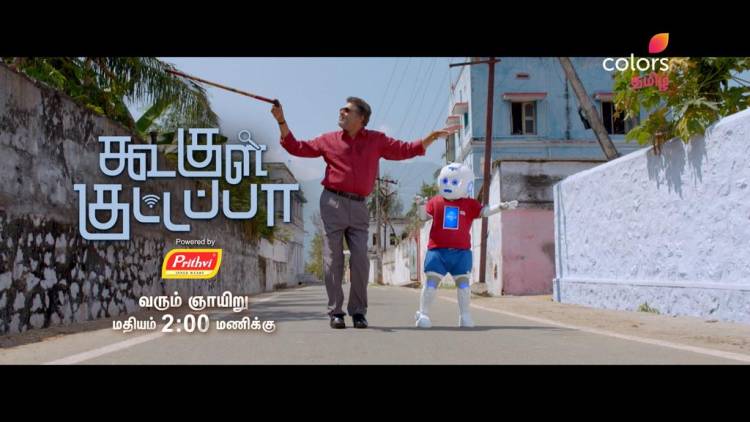 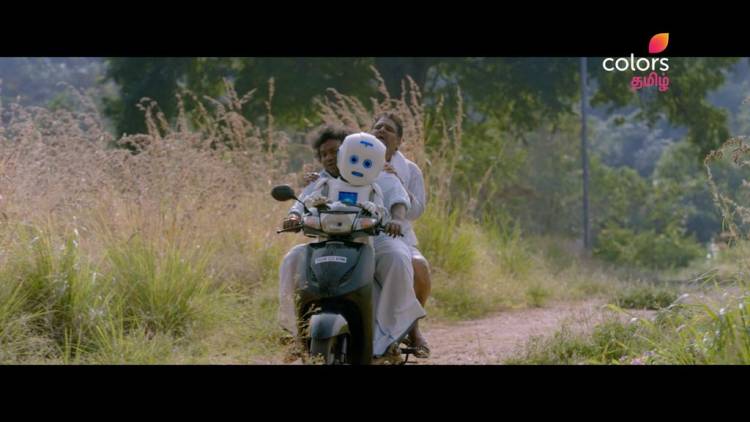 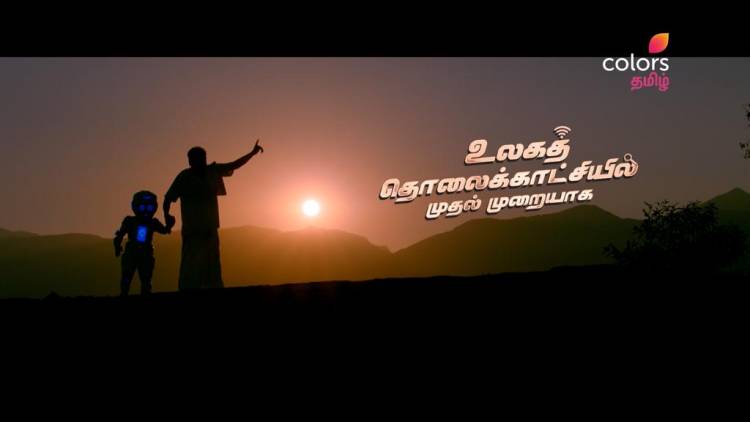 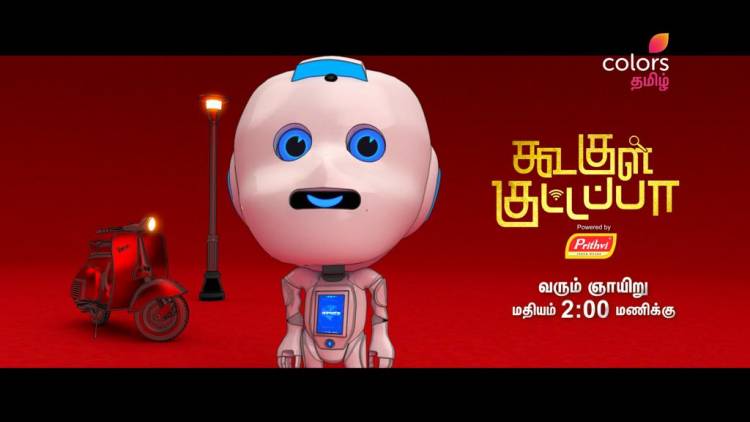 ~Catch the premiere this Sunday, September 4th at 2:00 PM only on Colors Tamil ~

Chennai, 30th August 2022: Building on a combination of humans, technology and humour ,Colors Tamil is all set to bring the World Television Premiere of the much- anticipated film  Koogle Kuttappa, this Sunday, 4th September at 2pm. Starring Actor K. S. Ravikumar , this comical sci-fi  film delves into a heartwarming narrative of a widower who develops an endearing relationship with his robot. Tune into Colors Tamil to witness humans and robots living under one roof and the hilarity that ensues alongside,  this Sunday at 2pm.

The plot centres on Subramani (KS Ravikumar), a pessimistic, staunchly conservative widower who prefers to spend all of his time with his son Adithya (Tharshan), a robotic engineering graduate. When he receives a job offer to work for a robotics company in Germany, Subramani  resists. Due to Subramani's unpleasant disposition, none of the caregivers lasted very long, so Adithya ultimately brings home Koogle Kuttappa, a prototype robot to take care of his father.
After initially disliking the Koogle Kuttappa, Subramani eventually begins to adore it and, at one point, develops an obsession with it, treating it as his own son. Adithya, who is aware of the dangers posed by the robot, is frightened and returns home to warn his father, but is unable to convince him. Does Subramani understand the dangers of the machine before it gets too late will be worth watching.


Commenting on the occasion, director Sabari–Saravanan said, “I am extremely ecstatic that our debut film Koogle Kuttappa is set to have a World Television Premiere on  Colors Tamil, one of the most popular channels in the Tamil GEC space. The idea behind the film was to highlight that too much of something can be dangerous and hence showcased that though machines are for our convenience, they can also bring dire consequences. Furthermore, we also wanted to highlight the emotions the elderly go through after a point of time and they are forced to be alone. We are extremely grateful for Mr KS Ravikumar for having trusted us to produce the film and we extend our gratitude to our entire cast and crew who have made this film a success. We are definitive that families, especially the elderly would be able to relate to the film and have an enjoyable weekend.”

Adding to this , Actor KS Ravikumar commented, “ It was wonderful to have portrayed a distinctive role apart from the regular roles I have received. Though playing an angry character was not new, to play a character who is angry and obsessive of his child since he fears loneliness was not easy. I had to portray Subramani with such conviction that the narrative and messaging should not be distorted. With the World Television Premiere, I am definitive that the viewers are going to experience a roller coaster of emotions, this weekend.”

Brace yourselves for an exciting weekend watch with Koogle Kuttapa and enjoy his funny antics and adorable friendship with Subramani ,this Sunday, 4th September at 2:00pm.