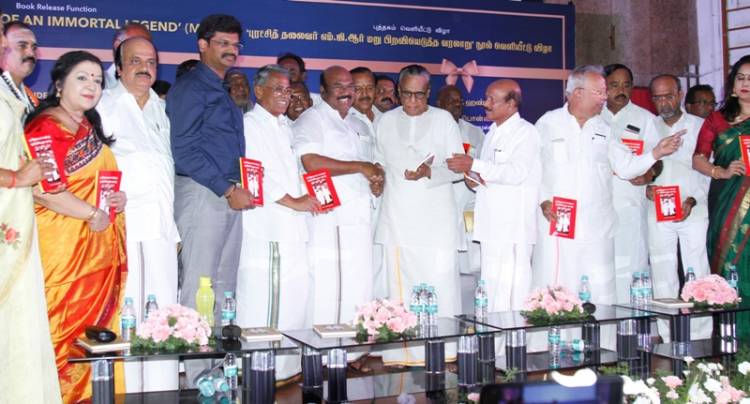 Chennai, 28th March 2019: Dr H V Hande, a well-known face in the medical field of Tamil Nadu , was also a politician in the yesteryears. He was elected to the Tamil Nadu legislative assembly from Park town constituency as a Swatantra party candidate in 1967 and 1971 elections. Having worked closely with political stalwarts, Dr H V Hande was inspired to write a book on the memorable accounts of Puratchi Thalaivar Dr M G Ramachandran.  The book has been launched, in two languages - English and Tamil.

“ Though I had worked closely with a few important political leaders in the past, MGR had been my source of inspiration in every aspect of my life. During the time of  his treatment, I had recorded my memories with him and kept noting them down. The Eureka moment came during an event I attended at Kuala Lampur in 2017, In connection with “ MGR Centenary  Celebrations”. After I delivered my speech about Puratchithalaivar, a number of person in the audience urged me to bring these facts in the form of a book,” says Dr Hande , recollecting his motivation to write the book.

The book narrates the critical period of MGR and what transpired during the phase and also  the happenings  there after.

Ariel and Whirlpool spread the message of gender equality with #SHARETHELOAD

Celebrate this Father’s Day with a range of offers at InterContinental...

A spectacular day of fun awaits your father and the entire family at InterContinental...