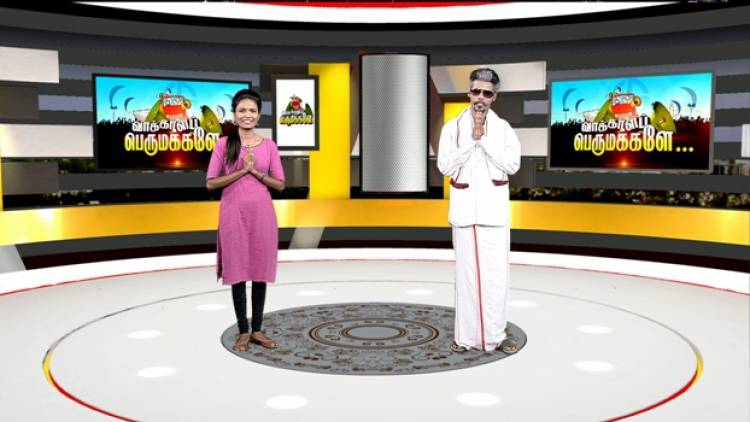 On our Pudhiya Thalaimurai channel a new program named, "Vaakkala Perumakkale" is being telecasted at daily 6:30pm. As the Parliament election is going to happen sooner, the politicians started celebration on their respective stages. Travelling to each towns & cities of Tamil Nadu to listen to the speech of politicians is not possible for a common man. As a conclusion, for listening to the speech of all major leaders and speakers of parties, just by sitting in front of your home television, we're telecasting the program called "Vaakkala Perumakkale". Host by Adithangi and Abinaya.

First Khelo India University Games to be held in Bhuwaneshwar

The first Khelo India University Games is to be held in Bhuwaneshwar, Odisha. The...