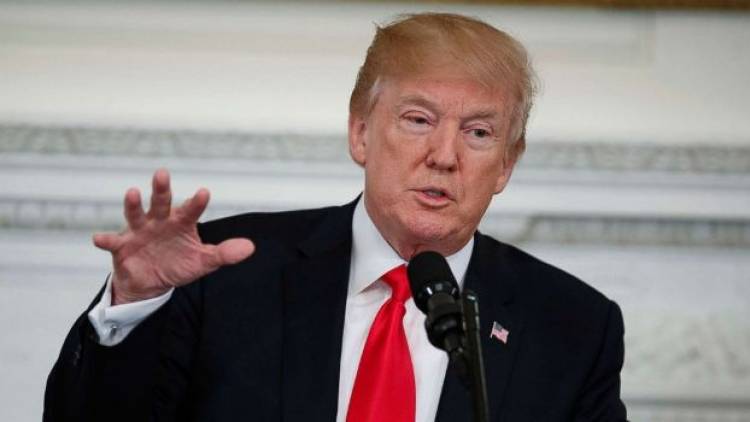 WASHINGTON: US President Donald Trump has said that he has no immediate plans to resort to a national-emergency declaration to build a wall on the border with Mexico, the issue behind a partial government shutdown now in its 21st day.

"What we're not looking to do right now is a national emergency," he said during a White House roundtable on border security on Friday.

"I'm not going to do it so fast," Trump was quoted as saying by Xinhua news agency.

Trump has said more than once in recent days that he would "probably" declare a national emergency, which would allow him to tap Pentagon funds for construction of a wall to resolve what he claims is a crisis on the border.

The Republican president demands that Congress provide $5.7 billion in funds for the wall as a condition for his agreeing to sign a spending bill that would allow affected federal government departments to resume normal operations.

Democrats, who now control the House of Representatives, say they are prepared to appropriate $1.3 billion for border security, including enhancements to existing fences, but will not pay for construction of a new barrier.

While some prominent Republicans have endorsed the idea of the emergency declaration, other GOP lawmakers remain uneasy.

"We want Congress to do its job," Trump said Friday, at the same time he called on Democratic legislators to return to Washington.

Most senators and House members from both parties have already left Washington for the weekend.

The shutdown has crippled roughly 25 percent of federal agencies and departments and roughly 800,000 public employees are on furlough or working without pay.

Experience the best of Apple at Croma with #AppleYou&Croma

After the success of the first Apple You ......

Mitsubishi Electric is known as a Global leader in Electric and Electronic Equipment...

Jai Aswani founder of "Born to win" has initiated several...

Jai Aswani founder of "Born to win" has initiated several social initiatives. To...