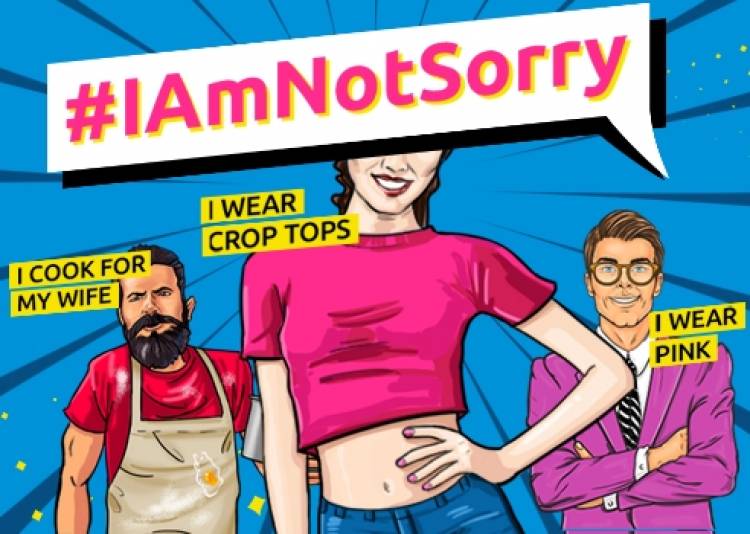 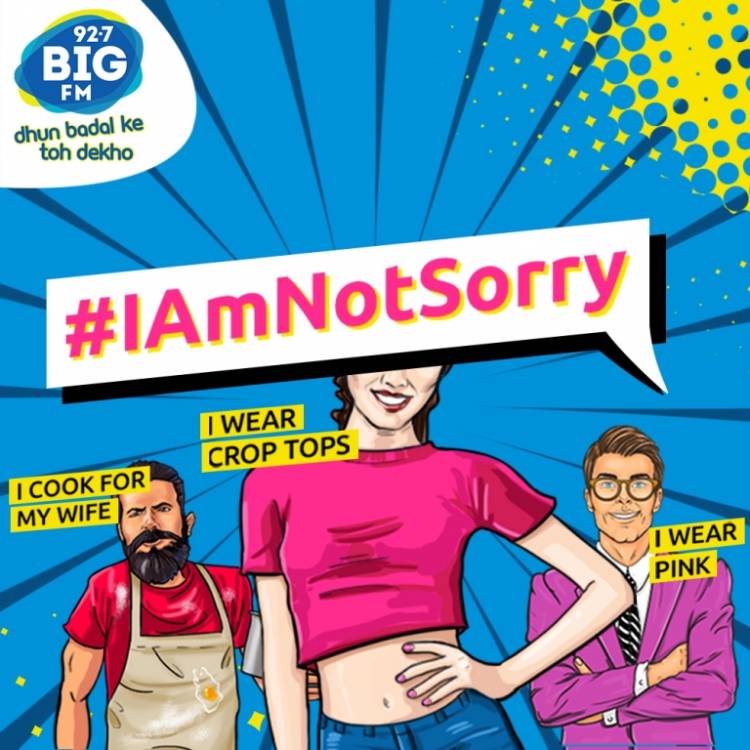 21st January 2019: 92.7 BIG FM, one of India's largest radio networks, has launched an evolutionary campaign #IAmNotSorry across its 59 stations. The initiative aims at encouraging people who think differently and enabling their acceptance by the society at large. With the onset of the New Year, BIG FM has embarked on a new journey of being an agent of positive change and promoting the idea of tuning into a new perspective among listeners. The campaign revolves around the concept of breaking barriers and inspiring listeners with stories of individuals who are breaking stereotypes and are not afraid or apologetic of their choices.

RJ Dilipp, RJ Nilanjan, RJ Guddi, RJ Rajiv and RJ Rafat to name a few have encouraged listener participation by sharing their unapologetic stories. The #IAMNOTSORRY videos of actor Ayushmann Khurrana for doing films around taboo topics, Nargis Fakri for her life choices, Sonu Sood for cleaning up his surrounding despite challenges have garnered a huge positive response from the on-air and digital audiences. The campaign garnered a huge success as it was trending on number 4 on Twitter after its launch.

Speaking about his #IAmNotSorry story, the talented Ayushmann Khurrana said, “I am not sorry for choosing Vicky Donor because its subject was a taboo. Rather, it ushered people and became a drawing room for discussions. I did ‘Dum Lagaa Ke Haisha’ movie where I get married to a fat girl which is kind of body-shaming. I am not sorry for the brave choices which I have made when it come to films. I have sometimes rejected roles as a commercial actor in a conventional way. I am glad my films and my decisions are working. These movies aren't only a medium for entertainment; they add value to the cinema-medium.”

Sharing his story, actor Sonu Sood said, “There is a place in Juhu where a lot of garbage used to pile up and people used to worry how to clean it up. Nearby, people used to throw fish and other garbage which was creating a lot of nuisance around the area. I started the cleanliness drive there around few days ago. I further reached out to the BMC officials and requested them to support the drive. The area is clean now. So, I am not sorry to take up the garbage to keep my city clean.”

Actress Sunny Leone said, “I am not sorry for anything that I have done in my life and I am proud of myself. I believe, whatever you do, you should do it from your heart.”

The radio network throughout the duration of the campaign is airing stories of people who have gone out of their way and stood by their distinguished decisions. An open letter format has been adopted where the network plays short yet meaningful messages about brave choices taken by an individual intended for a mass audience. The campaign within the few days of its launch has gained momentum on social media with BIG MJs, eminent personalities and other celebrities including actor Ali Fasal, veteran singer Shankar Mahadevan, actor Sunny Leone, actor Richa Chadha, Prasoon Joshi Indian lyricist and Chairperson of the Central Board of Film Certification to name a few supporting the noble concept. The artists are sharing their real-life 'I am not sorry' stories on social media platforms and challenging their friends from the industry to share stories generating large number of video views.

Congressmen are quite excited with Priyanka Gandhi joining the party