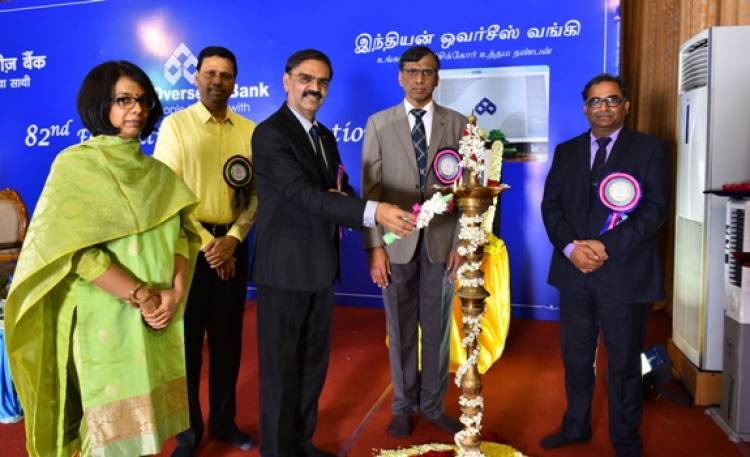 A grand function was organized by Indian Overseas Bank in Bertram Hall of Loyola College, Nungambakkam, Chennai to Celebrate 82nd Foundation Day of the Bank. In the event IOB honoured few of their distinguished and long standing customers like Ghatam Maestro Padma Bhushan Shri.T.H.(Vikku)Vinayaram, Super Senior customers. In addition, IOB took the opportunity to felicitate a few representatives of the society like teachers, four Traffic Police personnel, Nurses who have selflessly contributed to the society. The function was presided over by Shri.R.Subramaiakumar, MD & CEO.

Various recently launched digital products of IOB were showcased to large number of customers during the occasion. Self Help Group customers of IOB had organized Stalls in the venue exhibiting various products for sale.

Experience a synergy of mental and physical fitness like never before with Monday...